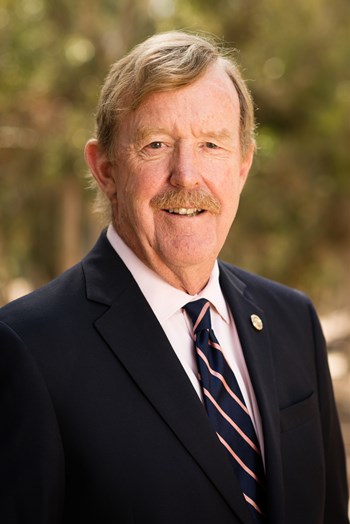 Marten Barry, Jr. is the founder, president and broker of record of NAI San Diego.

With 40 years of experience in the San Diego commercial real estate market, Marten has a strong track record of successful transactions, with over 2,000 leases and 300 sales, totaling over one billion dollars in consideration. His focus is on office, industrial and investment transactions with an emphasis in the Central San Diego area.

Marten holds a Bachelor of Arts degree in Economics from the University of California, San Diego. Upon graduation in 1976, Marten entered the commercial real estate brokerage industry, initially specializing in office leasing. In 1981 Marten joined Merrill Lynch Commercial Real Estate where he consistently ranked among the top producers in the 45-broker downtown San Diego office. In 1990, Marten purchased the San Diego brokerage office with other senior brokers.